What’s wrong with our system of mental health

It has been a while since I posted anything new. It has been very busy, but unfortunately, busy work doesn’t all reflect time spent with patients. Managing a private practice has gotten a lot more complicated over the past few years. Government requirements relating to medical record-keeping, data reporting, billing codes, diagnostic codes, among others, have been frustrating time sinks. I can only hope that it will all pay off. 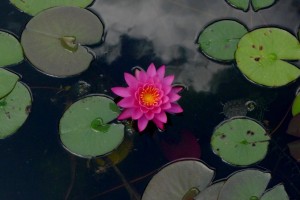 But right now, I am putting everything aside to write about an important issue: the state of mental health care in America. We have just witnessed another mass shooting incident involving a mentally unstable young individual. His name is Elliot Rodgers. Likely you have heard about this unfortunate case. For a brief moment, the media pauses to ask how an unstable person could have received no care at all. Elliot Rodgers was known to have been psychologically unstable, but he was unable to access mental health treatment. According to the Guardian newspaper, “Santa Barbara’s county sheriff, Bill Brown, blamed failures in mental-health treatment for the fact that Rodger’s behavior had worried people around him and precipitated three contacts with police, most recently last month, but had not caused an intervention that might have averted the slaughter.” The Guardian ran an excellent series of articles, entitled simply “America’s mental health: a crisis in care”. I hope you will take the time to read them.

To most psychiatrists, it is obvious that the American system of delivering mental health care is profoundly broken. There are a number of reasons why the system is broken. Let me name just a few. First, as a society, we seem to value drugs and technology over the therapeutic relationship between doctors and patients. We don’t think that highly trained psychiatrists, psychologists and counselors should be paid an income that reflects their years of training. Consequently, these providers are the least well paid among health care providers. Furthermore, in recent years, they have seen their incomes erode in the face of rising costs and rents, causing many to leave their professions. Second, we value personal freedom over the concerns of family and community, and thus a psychotic person often cannot be treated against their will. Third, the system is just plainly underfunded. Budgets supporting psychiatric hospitals and clinics have been slashed over the past 30 years. Community mental health is an excellent concept that exists in name only since it is unavailable except to the chronically and severely mentally ill.

One of the most difficult decisions that I had to make since I opened my practice was the decision to terminate all Medicaid HMO contracts. Most patients with a severe mental illness receive Medicaid, and several years ago, my practice took care of many of these patients. However, Medicaid reimbursement has been slashed by nearly 50% in the past 3 years alone. If I continued to see these patients, I would have had to accept a large pay cut, or alternately would have had to see more patients per day. While I have heard of colleagues who see up to 40 patients per day, giving 10-15 minutes to each patient, I refuse to accept this hollow and superficial model of psychiatric care, which focuses on drugs only. I don’t consider this psychiatric care.

This entry was posted in Uncategorized. Bookmark the permalink.